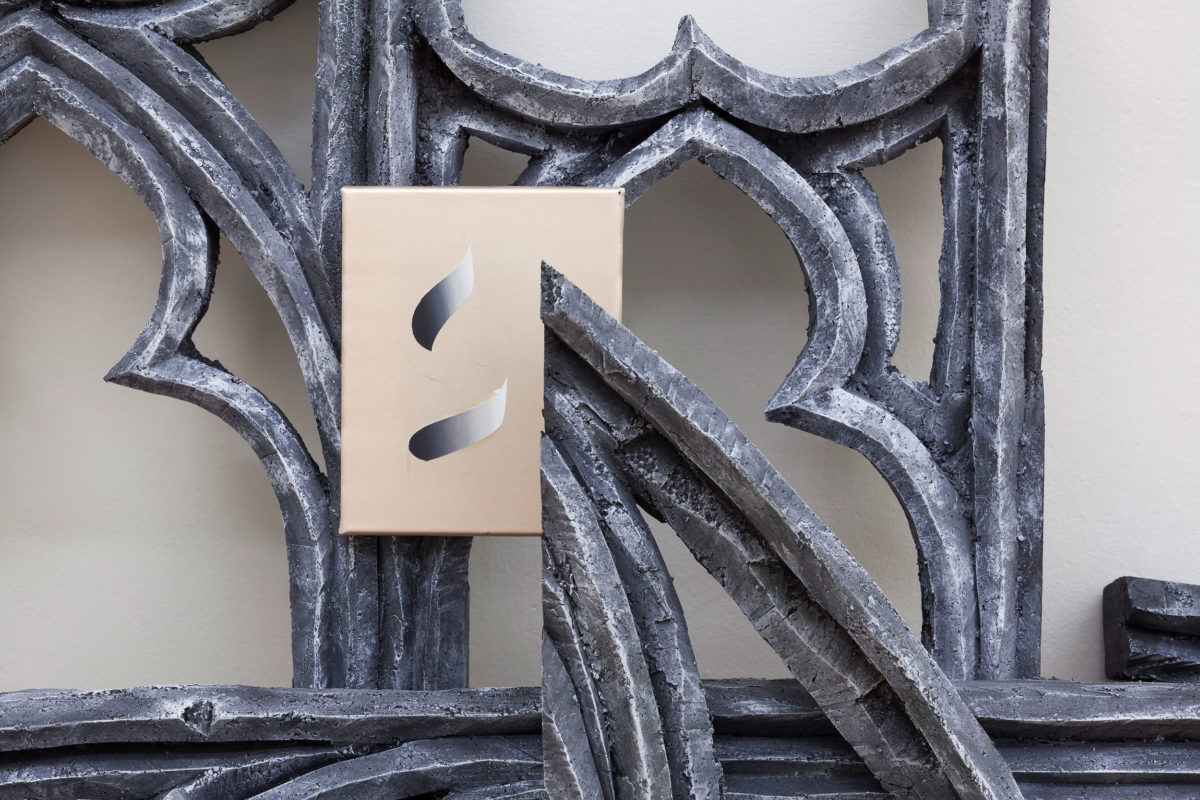 In his paintings, Filip Dvořák refers to significant historical eras and styles. Just as he had concerned himself with Baroque in the past, he has now shifted his attention towards the Gothic. Seemingly. His focus is elsewhere: rather than concentrating on a certain culture, he follows its cultural reverberations and reminiscences instead. In this regard, he is a tautological spiral of references to references, recollection of recollection. Whether he is citing gothic drawing or architecture, he is creating simulacra that have no rapport with the actual reference point. It is, therefore, reconstruction of a reality which has never existed – has no reference point, and as such the reconstruction refers only to other mediated images. This creates a specific commentary and/or contribution to romantic historicism, alluding to lost ideals and the ruins of “ancient civilizations”. The shift has to do with the lost anticipation of the future and the post-apocalyptic perception of today, preoccupied with various “ends”: the end of great storytelling, the end of social ethos, the end of ethical ideals, etc. Filip Dvořák retains sufficient distance and irony from this approach; he is authentic as well as subversive. (This is apparent from the exhibition’s title, appealingly poetic and a pop-culture cliché at the same time.)

One of the functions of the architecture of Gothic cathedrals was to inspire awe in visitors and lead them to contemplate topics loftier than their “everyday existence”. In today’s time, with its visual overload, such effects are much harder to evoke if not entirely impossible. Filip Dvořák reflects upon this situation from several levels: one refers to the Caspar David Friedrich’s famous painting, The Dreamer, which depicts a young man sitting in the window of a ruin of a Gothic monastery against the setting sun; another refers to film or theater backdrops, giving the impression of monumental historic architecture even though they only represent a single view of a fragment of a complete structure.

Dvořák’s new series of paintings featuring motifs of Gothic ruins also opens up topics like authorship, remediation and repeated visual transfers and copies. The author’s approach to painting doesn’t limit itself to classical media and technological solutions; he expands into objects, reliefs, often using “low-end,” low cost materials. The result is a tension between the endless circulation of visual and cultural codes, the uniqueness and materiality of the works exhibited by the gallery, and the technological solutions of these originals. 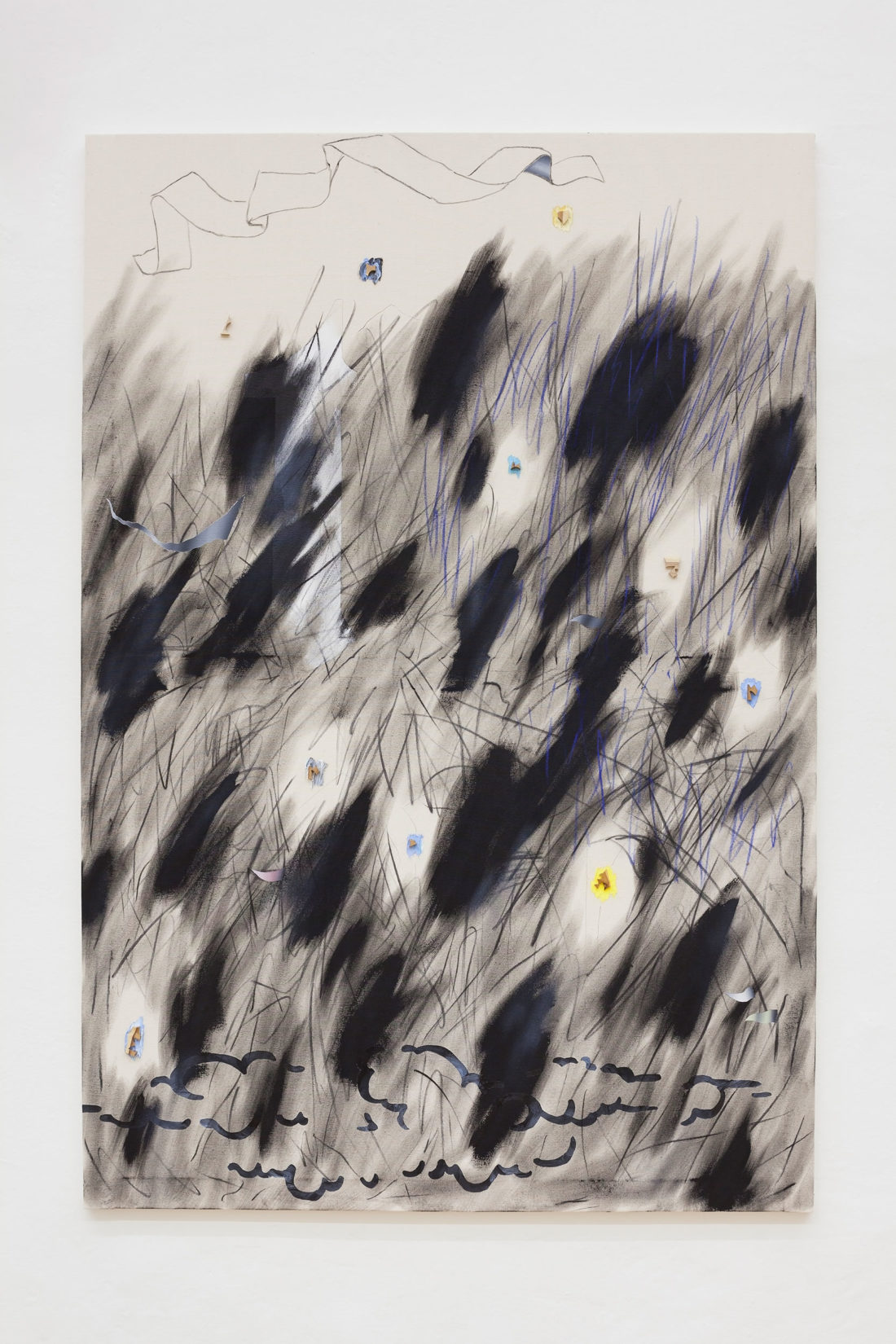 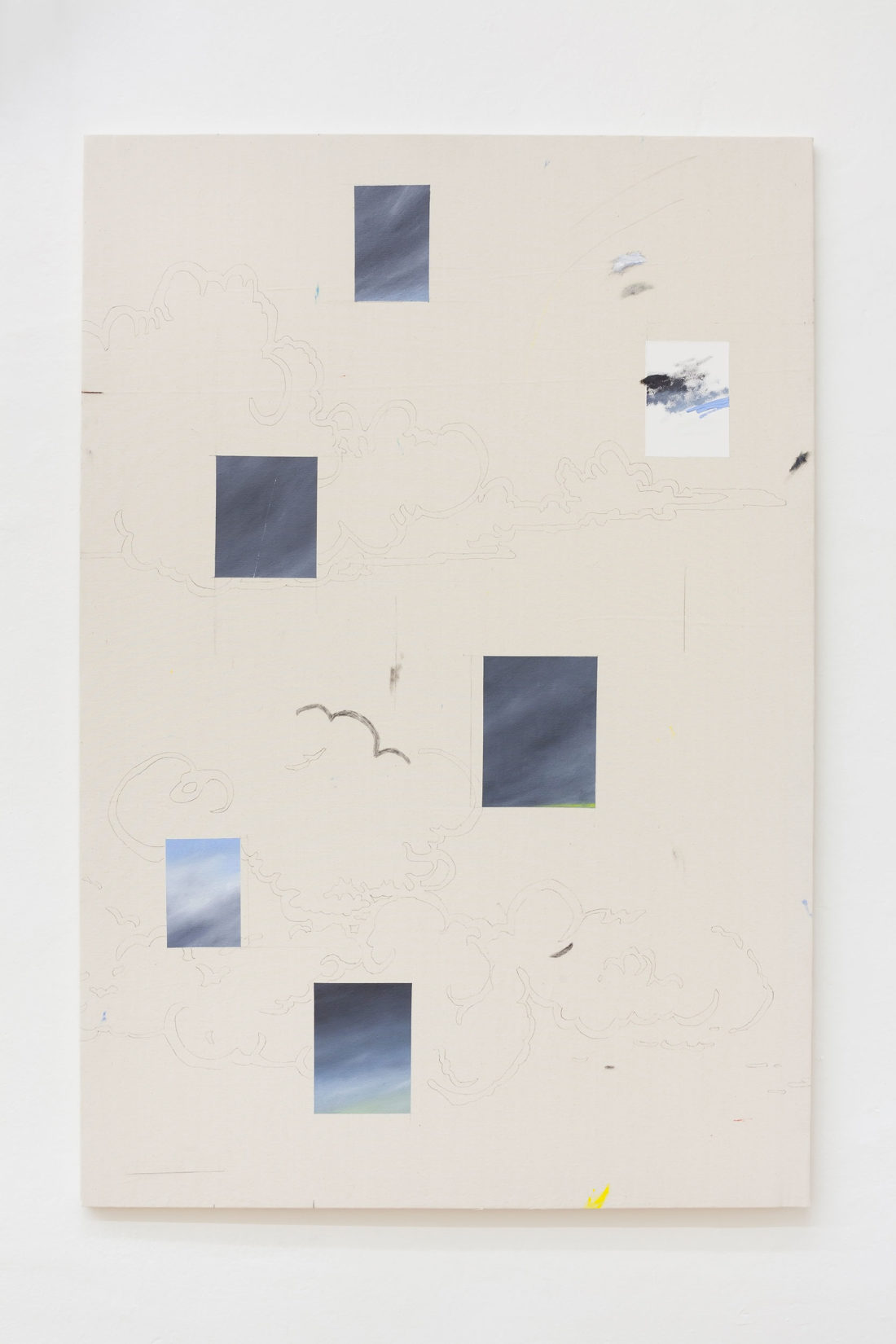 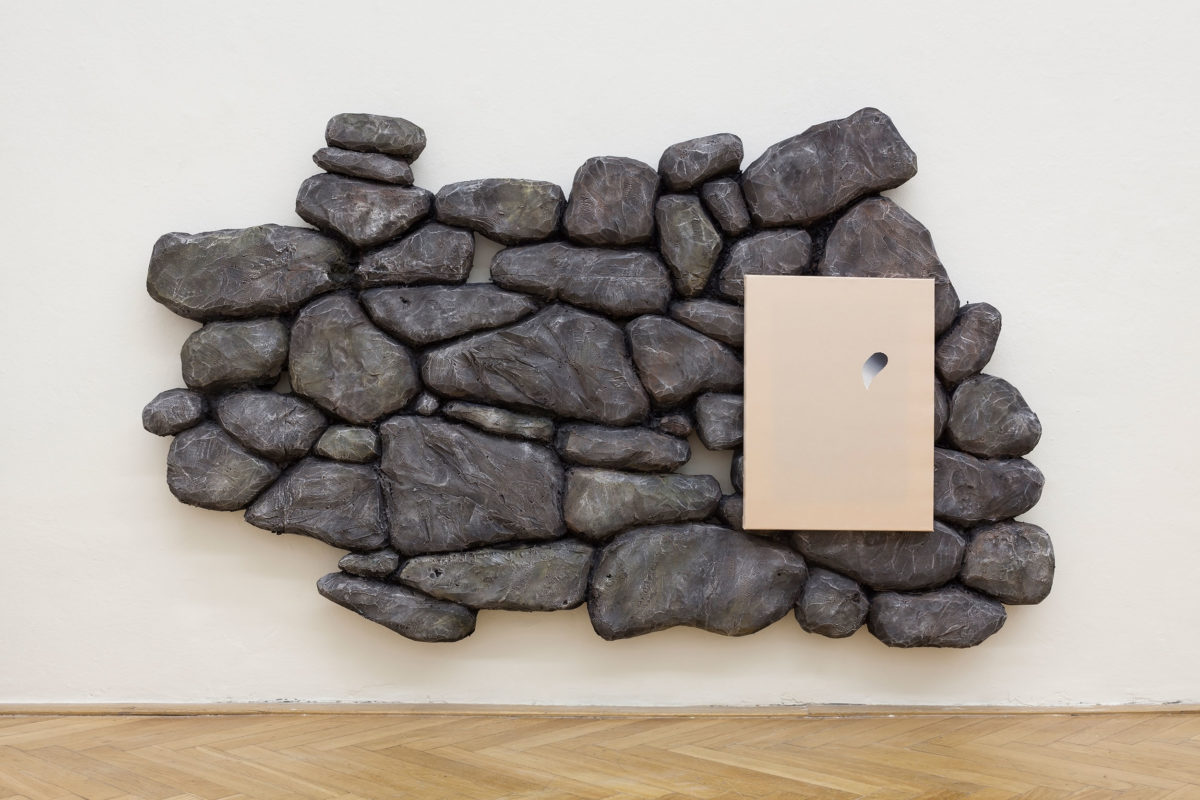 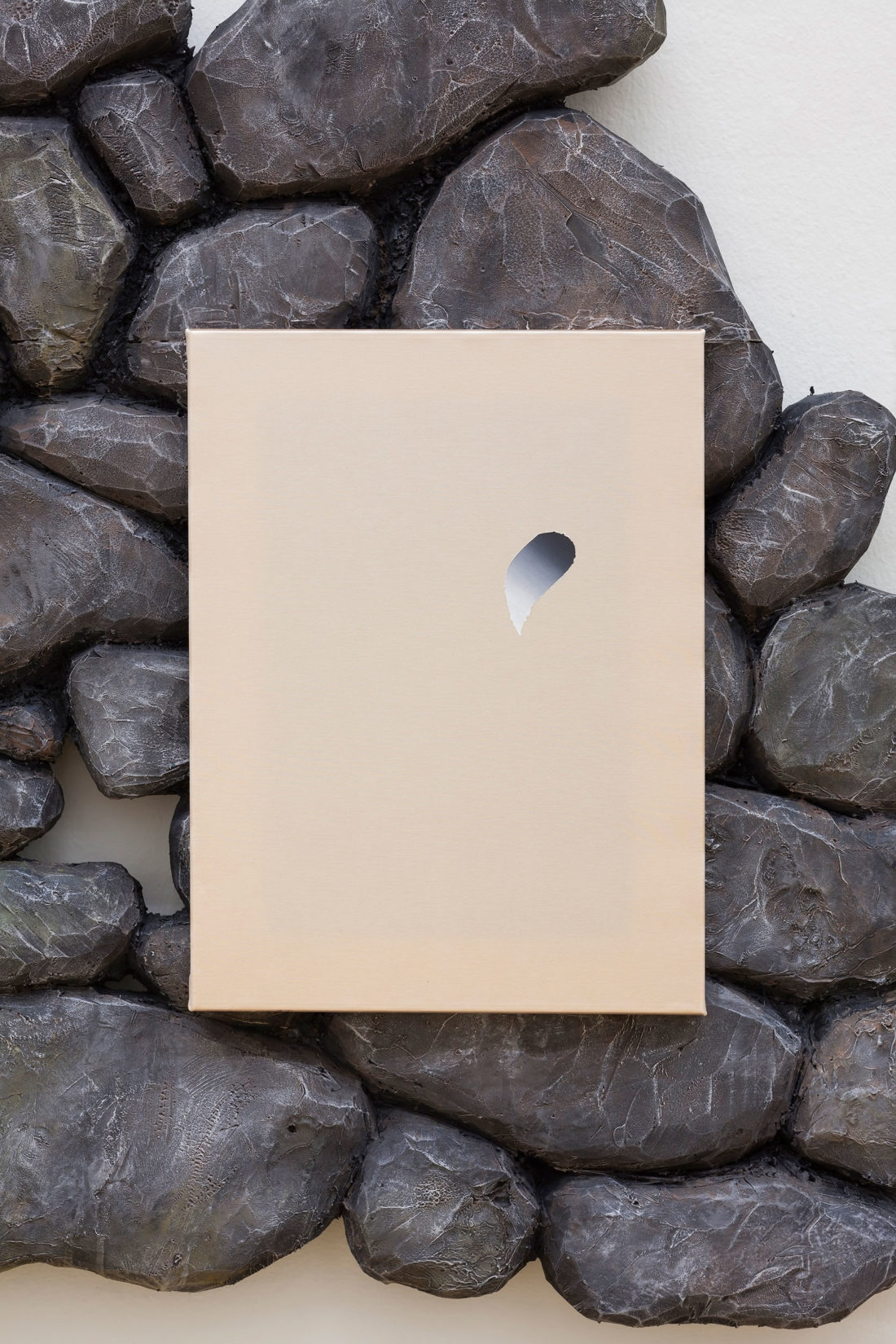 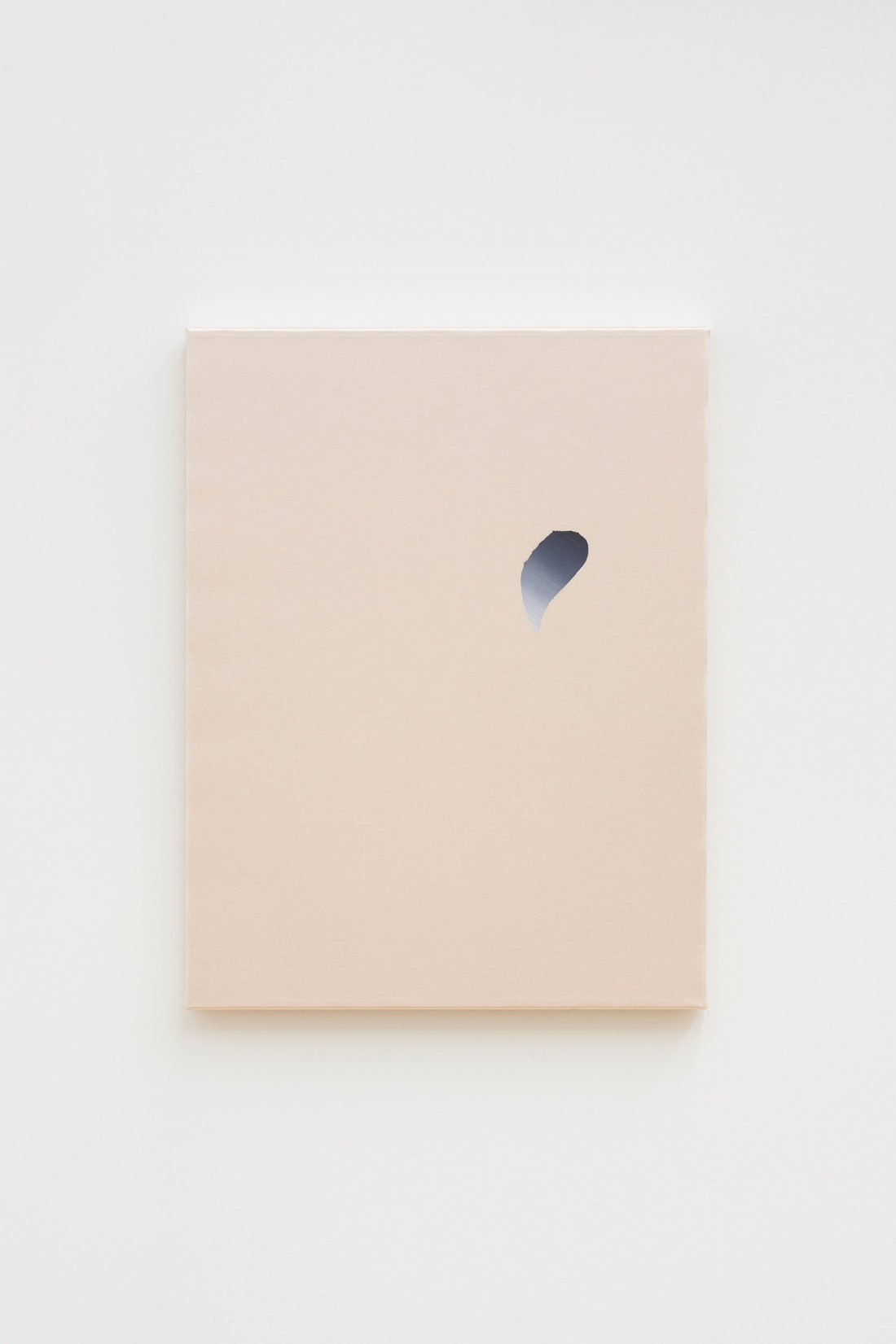 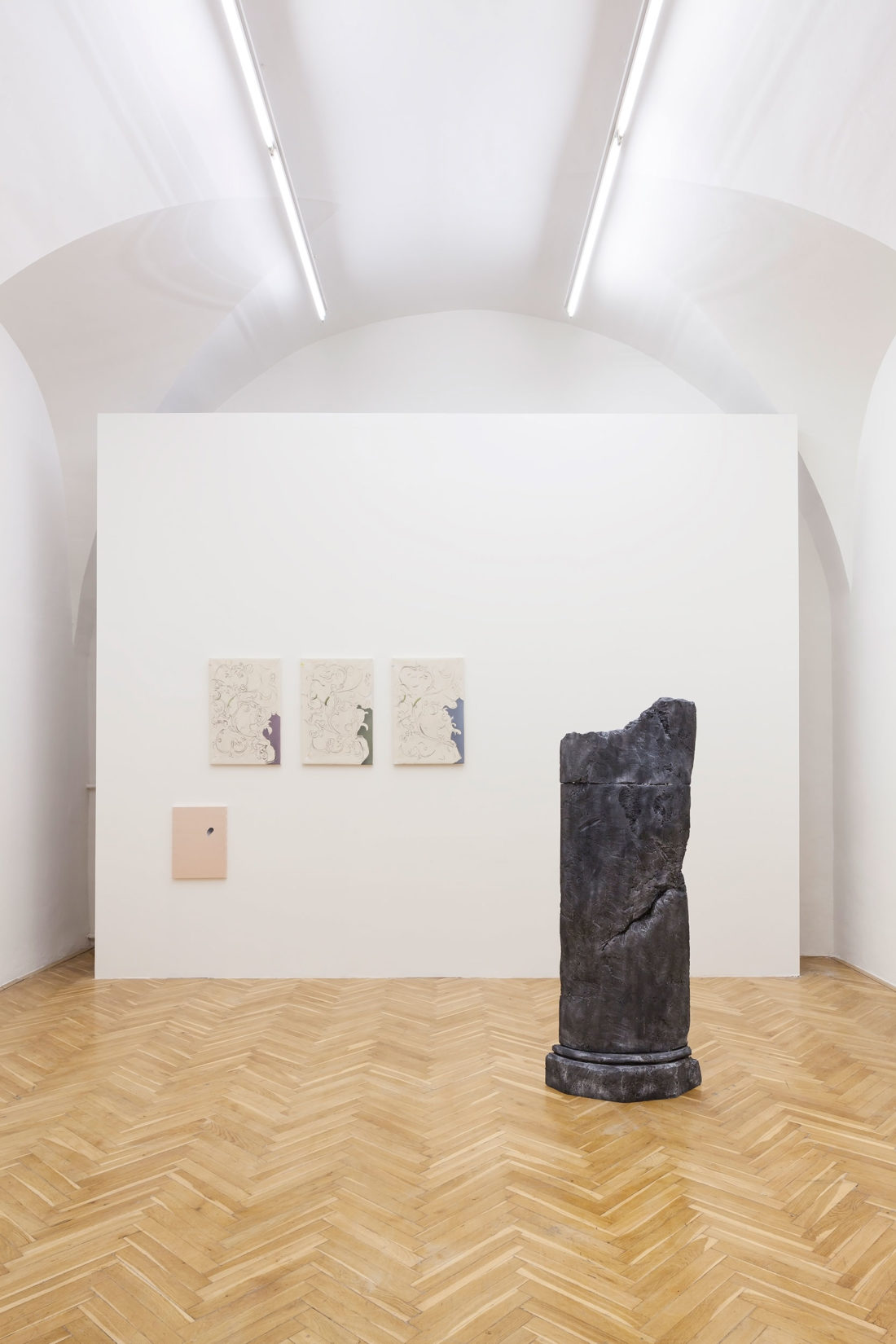 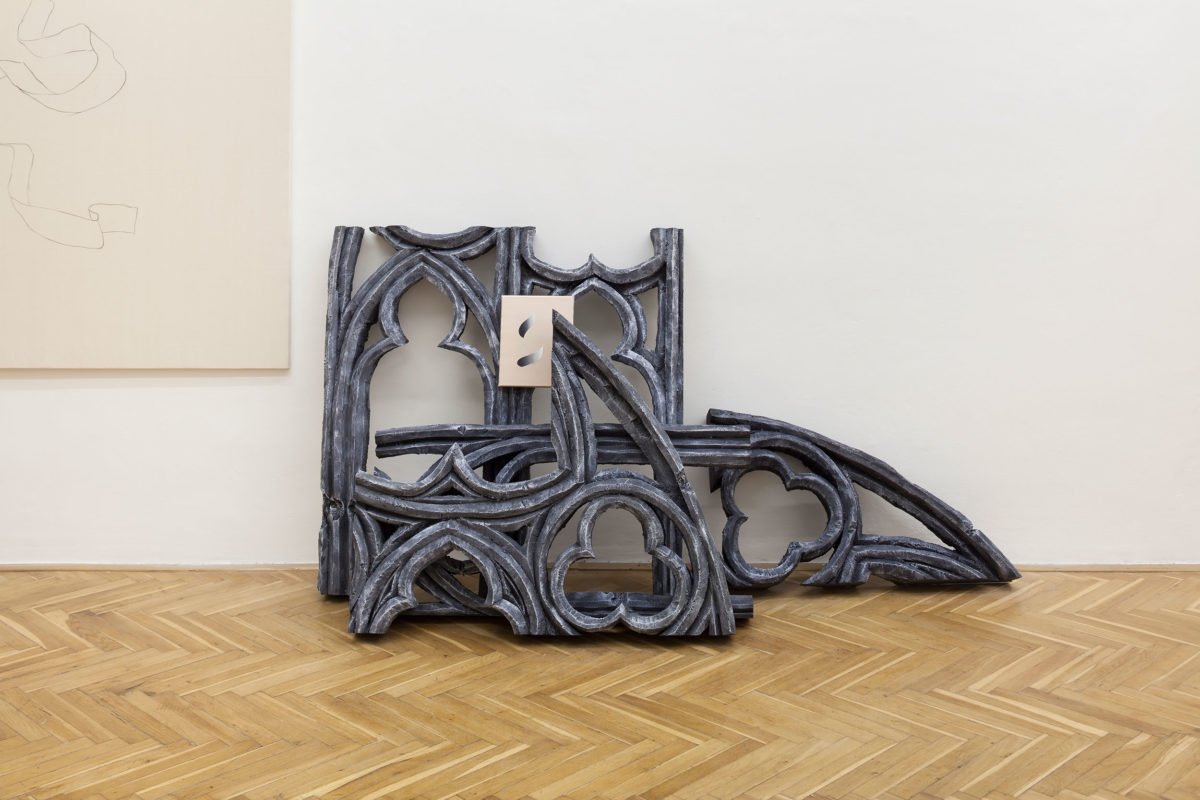 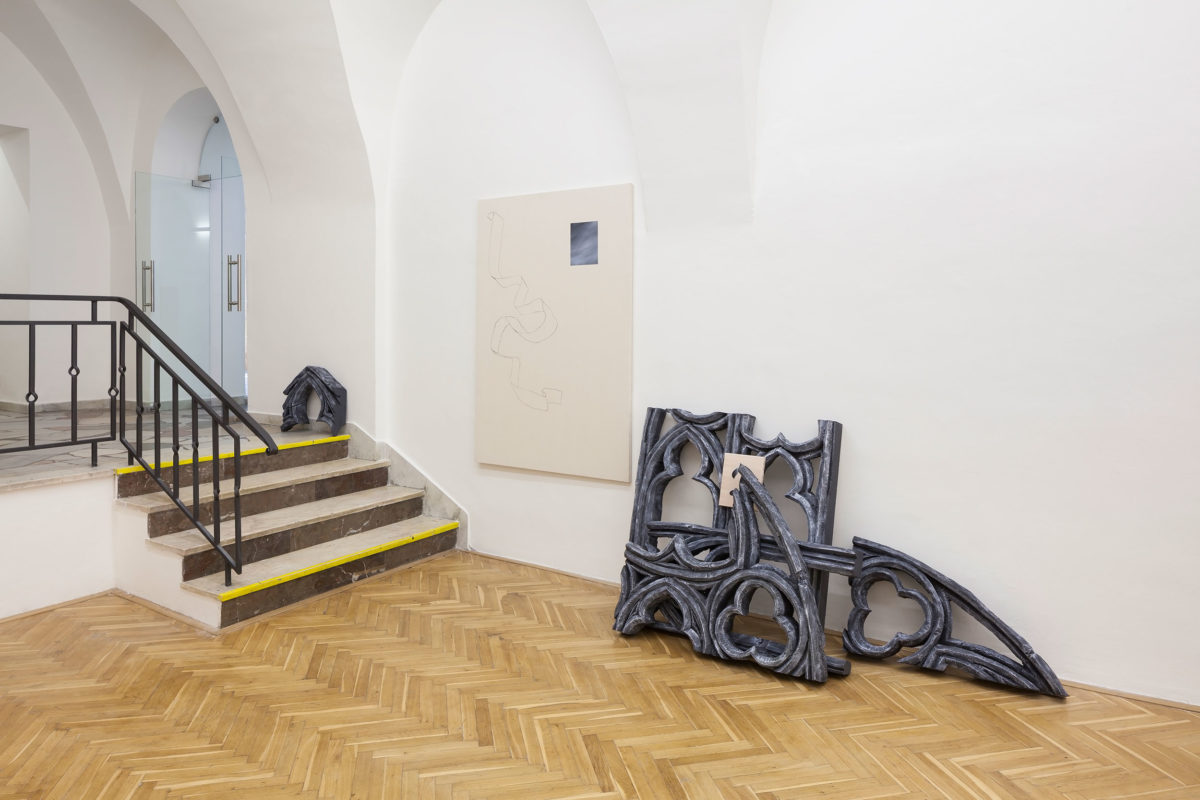 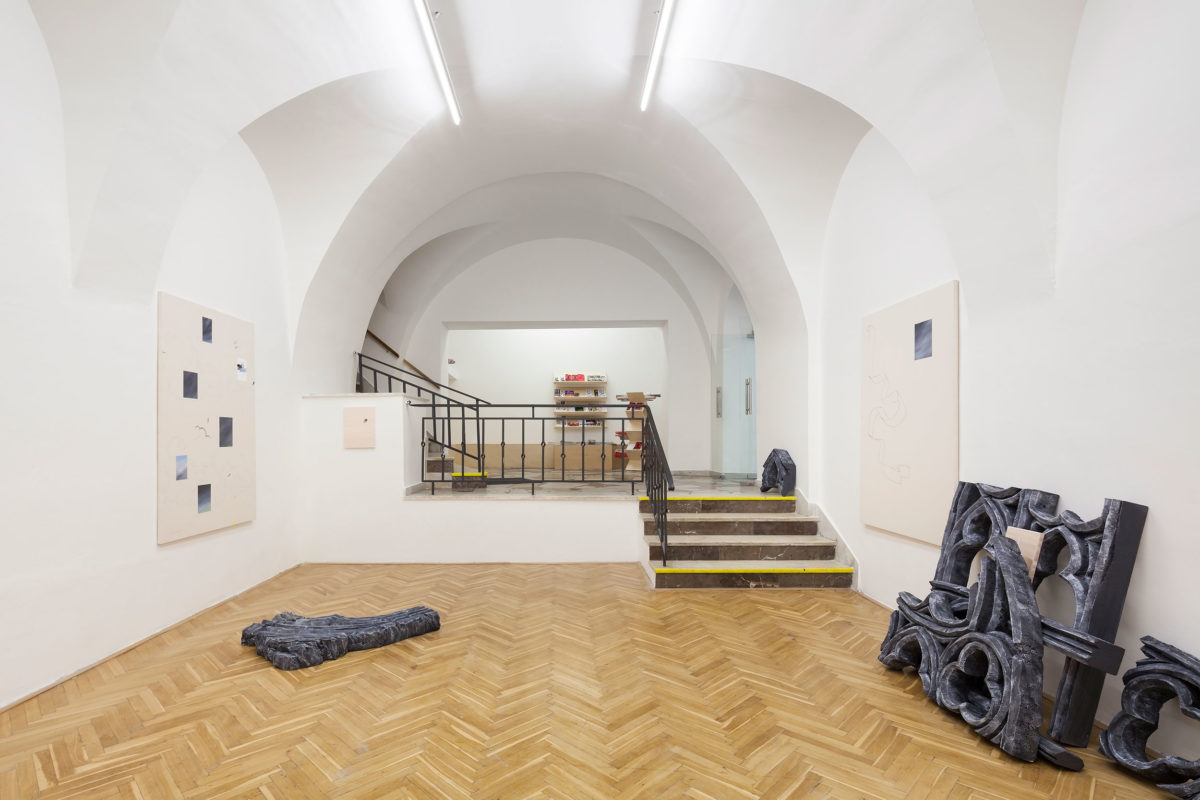 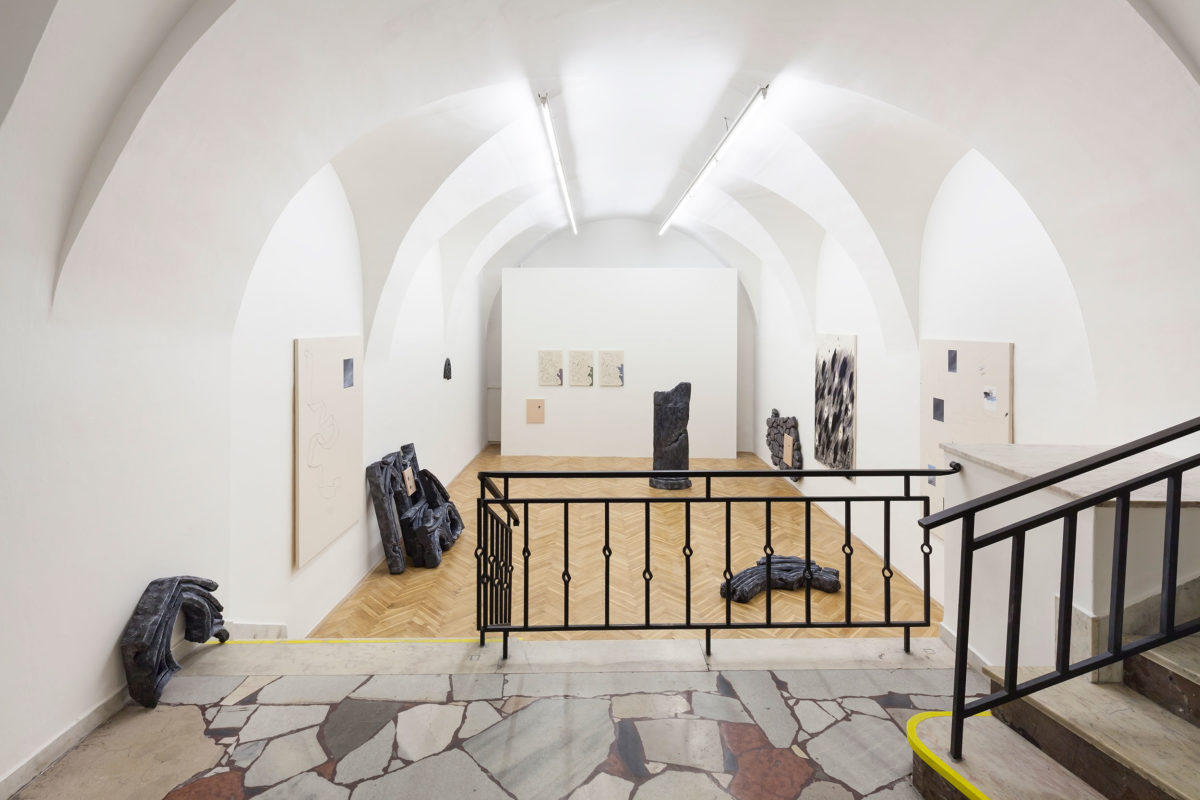 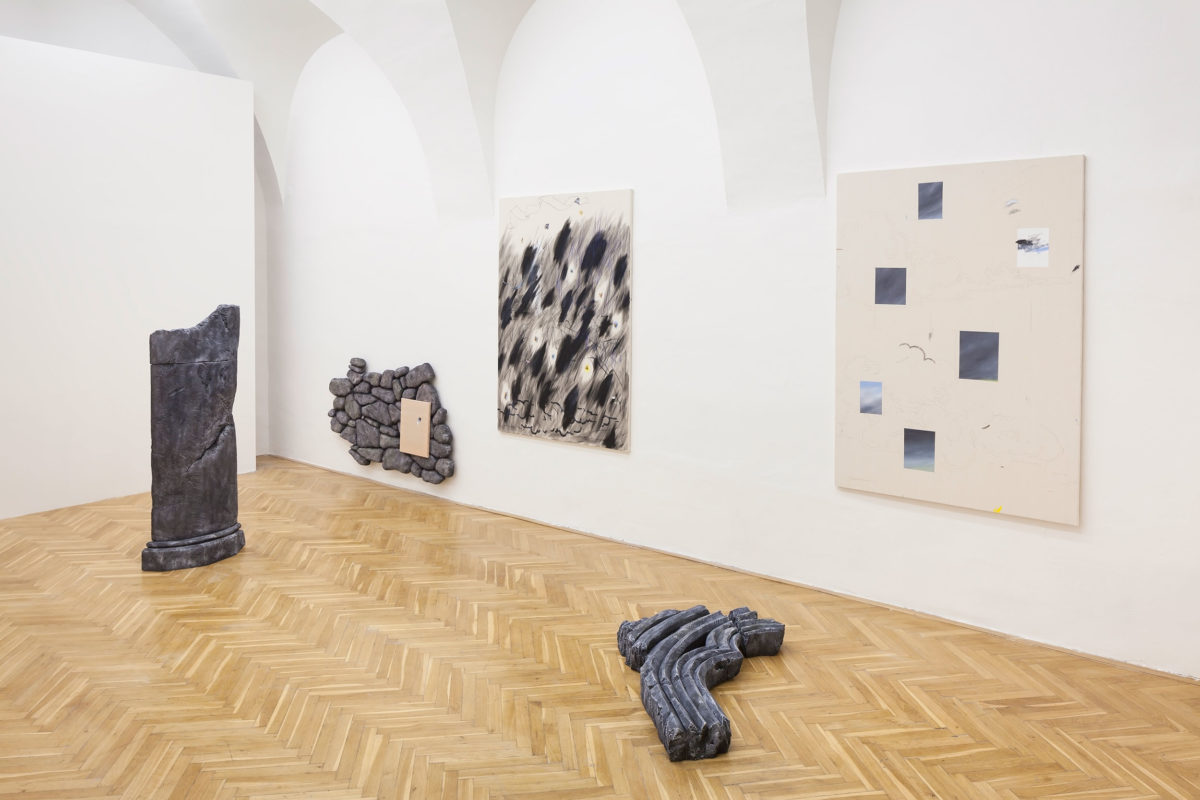 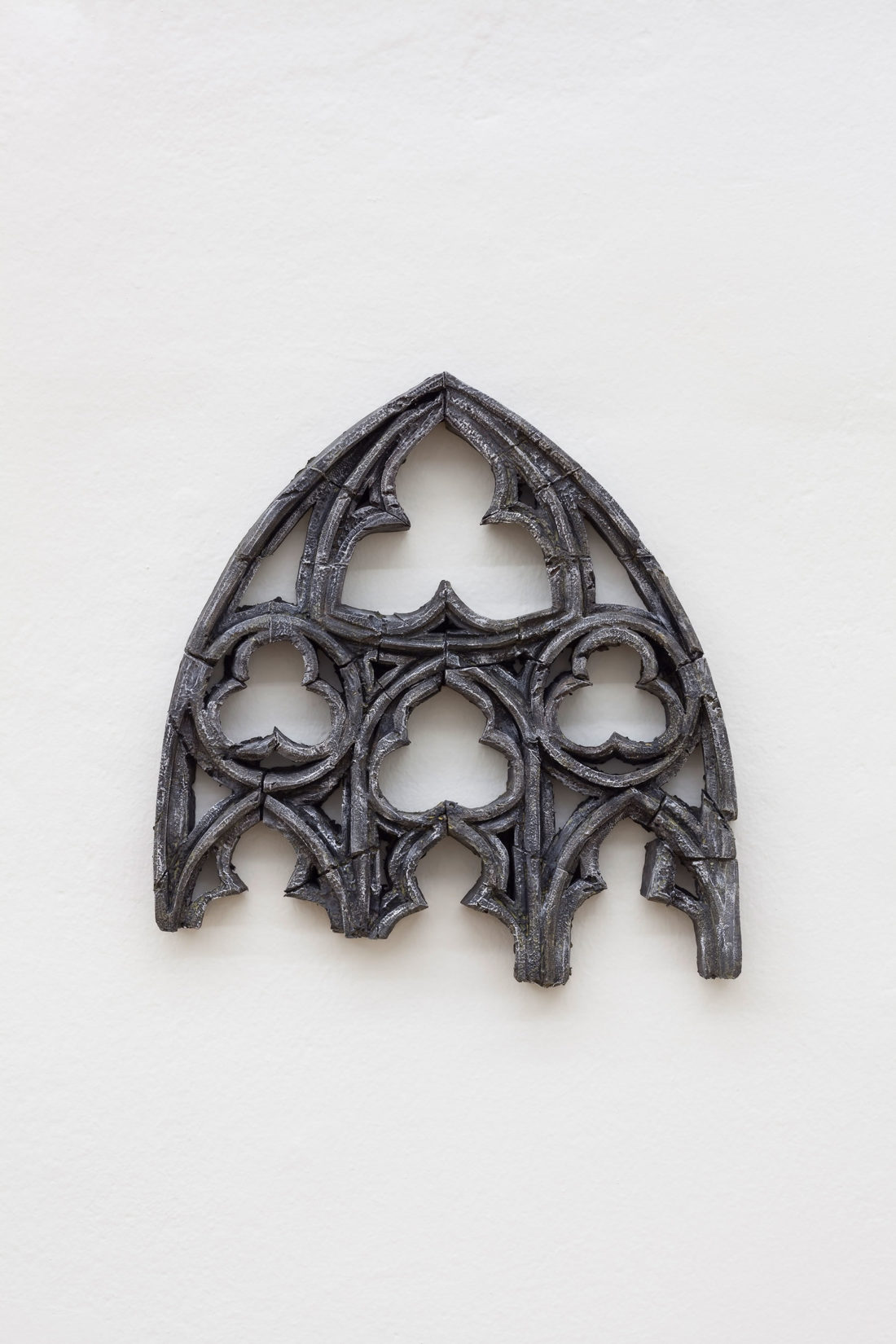 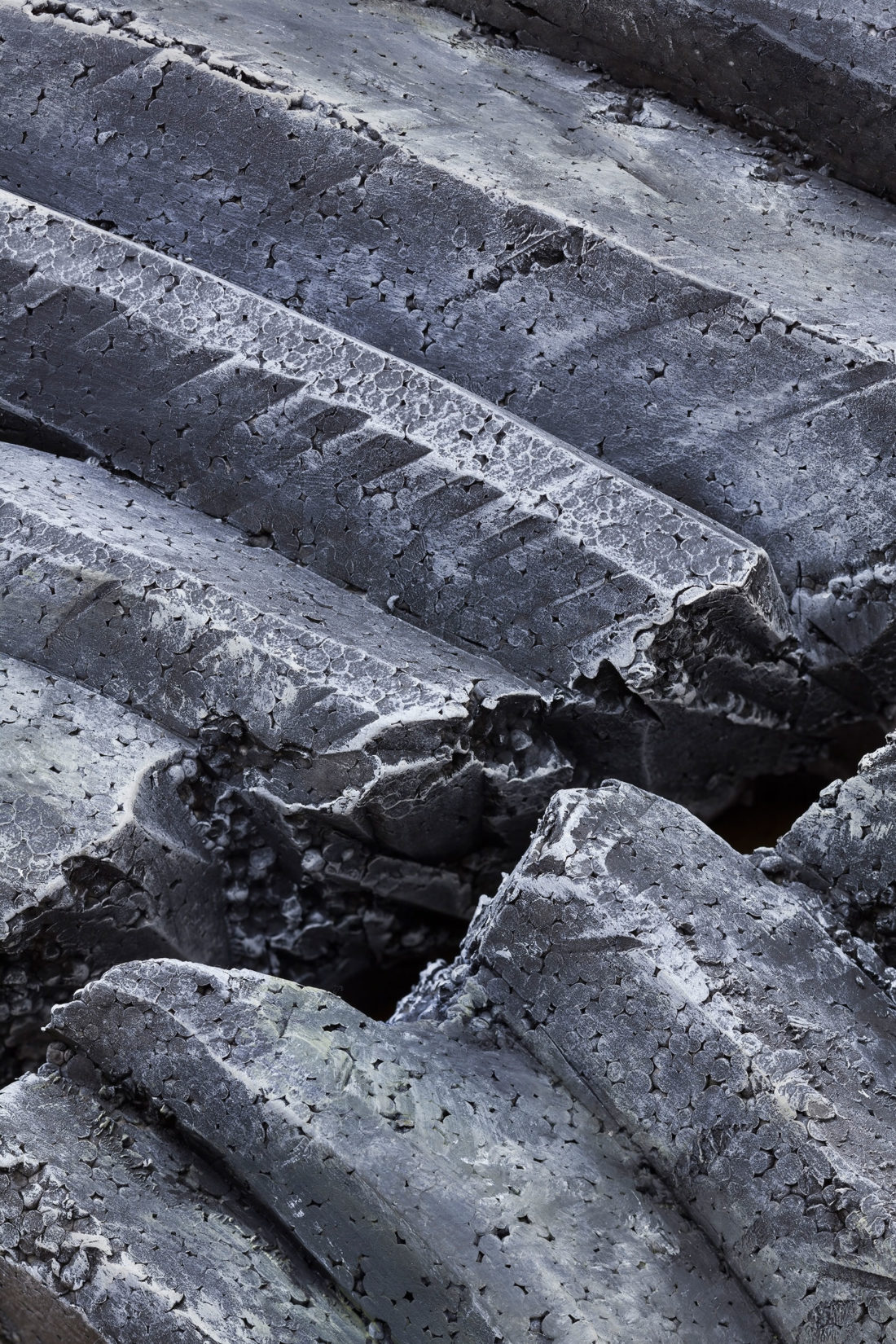